Drug testing of employees is a relatively new tool used in the last 20 years for evaluating candidates for employment and to promote safety in the workplace.

Productivity may be one of the most desirable aspects to measure in a workplace, as this indicator often translates directly to the bottom line of the company. While productivity measurements will vary significantly from one industry to another, it was interesting to note that 19% of the organizations reported an increase in productivity following the implementation of a drug testing program. 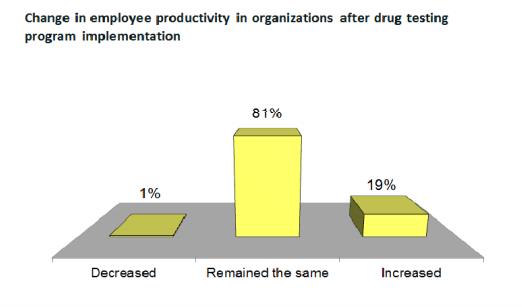