Oxycodone is a pain-relieving drug that is prescribed frequently to address moderate to severe pain. The substance is found alone and in combination with other pain relievers in a tablet form under several brand names including:

Oxycodone can produce intensely positive feelings and rewarding sensations in the user. As such, it has a high potential for abuse. When used recreationally, there is a high risk for overdose, as recreational methods of ingesting it often accelerate the absorption of large, dangerous amounts of the drug.

Side Effects of Oxycodone

Oxycodone is considered an opioid receptor agonist. One of the effects of this molecular interaction between the drug and receptor is in increasing dopamine activity in key brain regions.
​
Dopamine is an important neurotransmitter, in part responsible for the effects of the drug. Also, dopamine is associated with the brain's reward system—meaning that people experiencing this type of dopaminergic activity will value the sensation and try to repeat it in the future. This leads to abuse of the drug and, as previously mentioned, some of the  effects of abuse include tolerance, physiological dependence and, ultimately, addiction. 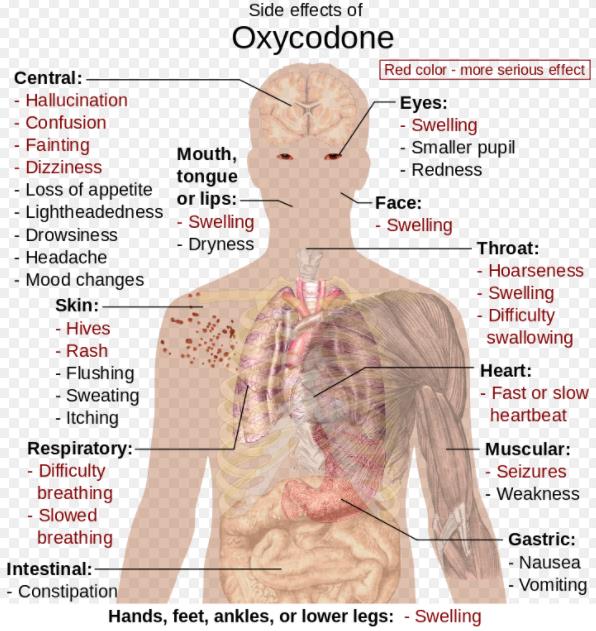 Instruction of the test